The allegations include among others the flawed procurement process that led to shoddy works involving the construction of a hostel at Kasolwe stock farm by Joffer Associates Ltd at Shillings 5.1 billion and a feed processing plant at the same farm by Integrated Agritake Uganda Ltd valued at Shillings 2.9 billion.

The team is also investigating the construction of a cattle shed at Rusenke farm by Jaiden Design constructions ltd at Shillings 1.2 billion and feeder road at Shillings 249 million among projects. The NAGRIC ED, Dr. Charles Lagu is also accused of fraudulently selling off animals from government ranches across the country valued at Shillings 616 million.


He also accuses of conniving with other staff to defraud up to Shillings 7.2 billion in a botched animal semen deal with an Italian company. During the meeting, Nakalema accused Dr. Lagu of being hostile to the investigations, which has led to wastage of time and resources of the Unit.

Cue out: … we involve everybody"//


She was supported by a host of senior staff including the Deputy ED; Richard Kaguza, who openly accused Dr. Lagu of incompetence, fueling tribalism and sectarianism in the execution of his duties, which affected service delivery.

Lagu, who took over as NAGRIC ED in September 2017, is accused of witch-hunt, which has led to the sacking of numerous staff. Isaac Sserwadda, an animal scientist at NAGRIC accused Dr. Lagu of dropping several staffs because they share different views.


However, Dr. Lagu fought back denying any wrong doing, saying he has a clean proven track record. He said some staff turned into whistle blowers when he directed them to end all illicit activities including bribery, theft of NAGRIC land and the absconding from duty. 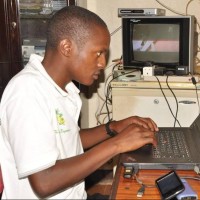