In short
ohn Bayom a retail shop owner in the trading center says he has lost more than 100 thousand Shillings from the time police forced them to close shops.

Business has ground to a halt in Ediofe trading center in Arua municipality as rioters engage security in running battles. Patrol units comprising of Officers from the Field Force Unit and soldiers from the 409 brigade have taken over the area.

Trouble started last night after a group of Christians stormed Ediofe Cathedral in an attempted raid on the home of Rt. Rev. Sabino Ocan Odoki, the Bishop of Arua Diocese. They were repulsed by both the military and army personnel deployed to guard the Bishop.

The group retreated to the junction at Ediofe trading center, where they continued engaging the officers in running battled. As a result, security decided to condone off the trading center forcing traders to abandon their shops. Police has also restricted access to Arua Central Police Station.

The officers are using batons, sticks, teargas and live bullets to disperse the rioting crowds. The decision of police to cordon off Ediofe trading center area has angered residents. Mary Avako, a vegetable vendor at ten market, says the action of police is in bad faith. She says many people who had gone to the market had nothing to do with the riots.

According to Avako, she has bought vegetables for sale before she was dispersed has nowhere to sell them since all the customers were chased away. John Bayom a retail shop owner in the trading center says he has lost more than 100 thousand Shillings from the time police forced them to close shops.

He says most of his customers normally come in the morning and evening hours. At total of 23 people have been arrested and taken to court. The court premises have also been cordoned off.
Tagged with: uganda bishop andrua rt. rev. sabino ocan odoki arua diocese arua diocese attacked 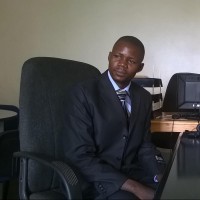